History of the Chamber

In February 2014 The committee voted to change the name of the Chamber to the Chiltern Chamber and incorporate businesses from Amersham and Chesham together. This was an important step for an organisation with a proud history.

The Chesham Chamber was founded in 1949, by H.W. Carsberg. In the first year an annual Trade Fair was established, offering such delights as cookery demonstrations by the Eastern Electricity Board, with tips on “How to Stretch your Cheese Rations”! Another attraction was a TV demo by Messrs. Chittenden, the set on offer at £50.5.4d. It’s interesting to note that of 24 companies taking part, 3 are still in existence. 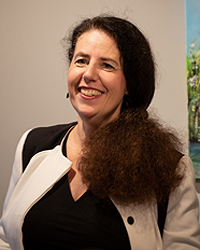 Throughout the early years Dinner & Dances were held annually, first at the Cooperative Hall and later the Bell House in Beaconsfield. In Coronation year, 1953, the Chamber put on a Shopping Week, with 47 traders taking part in a “spot the crown” window competition.

There is a gap in our records between the late ’50s and early ’70s, though the Trades Fairs continued to grow, the Old Peoples’ Christmas Parcels scheme was started and the seasonal installation of Christmas trees, fixed at rakish angles into wall brackets outside 50 participating shops was begun. In 1974, after much hard work by the committee of the day, Christmas tree lights were provided, though weren’t allowed to be switched on that year due to the coal strike!

Extending shopping from 5½ days to 6 days a week was welcomed in 1976, and the same year saw the launch of a Young Enterprise Scheme in conjunction with the Rotary Club, an initiative that continues to this day. 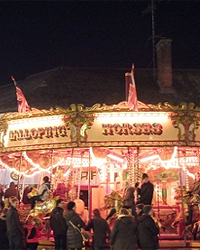 A member admired the garlands of Christmas lights in a nearby town in the early ’80s, committee volunteers took up the idea for Chesham with lanterns purchased with help from the Town Council. This was a haphazard and often dangerous enterprise, consisting of running up and down ladders, knocking holes in shop walls and literally playing with fire to attach the bulbs. However, the result so impressed neighbouring Berkhamsted they copied the idea. We eventually persuaded the Town Council to take this responsibility off our hands. They subsequently sold the lights to another town and bought what we have today. 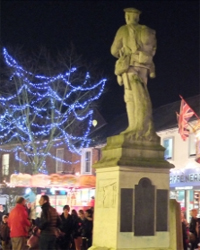 In 1984 the Chamber created the the Education/Employers’ Liaison, a joint Amersham and Chesham enterprise. The idea was for employers to sit in on school lessons to find out what went on, and for teachers and pupils to discover what happened in commerce. Some of the employers became so engrossed in the lessons that they were annoyed when the bell rang! This scheme was eventually handed over to the local Council and later died out.

The pedestrianisation of the High Street was completed in 1990. Unfortunately, one downside was the demise, after 10 years, of the Chamber’s annual Pancake Race, as the slippery new paving in the High Street made it too risky for contestants. The winner’s cup still exists. 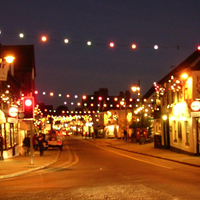 Two days of late night Christmas shopping were organised in 1991, by local business owner Rod Culverhouse, and the following year a 1-day Town Festival was arranged. These events have evolved into the popular, perennial Christmas in Chesham celebration that draws over 5,000 people into the town centre. 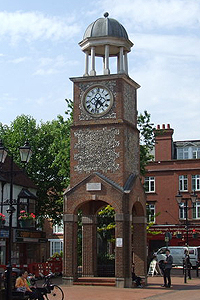 In 1995 the decision was taken to exit the National Chamber of Trade. Chesham’s revitalisation programme was born and the Chamber supported a major Sainsburys project to provide the town with a new supermarket, theatre and Town Hall.

Three ‘firsts’ in 1999: the appointment by the District Council of a Town Centre Manager under the aegis of The Chesham Partnership (a role that no longer exists); the official approval of a twice-weekly market in the High Street (still thriving today); and the first Business-2-Business exhibition held at the new Elgiva Theatre. 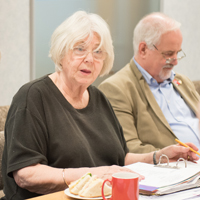 Various reinventions have seen us become Chesham in Business in 2000 when we became more of a business networking group. Then we reverted to our original titles of Chesham Chamber of Trade & Commerce in late 2002.

Bringing together Amersham and Chesham

In 2012 we rebranded ourselves as The Chesham Chamber, to work hand-in-glove with other local organisations to raise Chesham’s profile. In February 2014 came a significant change to The Chiltern Chamber of Commerce, and the recognition of the expanding network of business across the Chiltern region, not just from Amersham and Chesham.

What our members say:

An engaging Chamber of Commerce who offer many opportunities to network and inform local businesses. I have been pleasantly surprised around the number of networkers who have ‘done’ business with each other, referred business or joined together as Associates. Chiltern Chamber are Champions of business.
Martin Vessey - Business Doctors